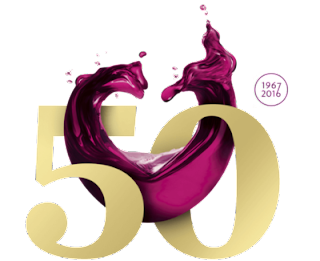 Verona, 13 April 2016 – Buyers and business up with increasingly qualified visitors. This is how we can sum up Vinitaly 2016 that closes today with 130 thousand professionals from 140 countries - not to mentkon a new record of 100 thousand net square meters of exhibition space, he largest in the world hosting more than 4100 exhibitors from more than 30 countries. International attendance came to almost 50,000 people, with 28,000 accredited buyers from international markets up by 23% compared to 2015, thanks to even stronger incoming activities focusing on Vinitaly and the Special Made in Italy Promotion Plan (www.vinitaly.it).
The Vinitaly and the City off-show event attracted 29,000 visitors, perfectly interpreting the strategy of diversifying the offering for professional operators at Vinitaly from events targeting wine lovers, enthusiasts and young people with tastings, shows and cultural events in the squares of the historic centre of Verona.
"The goal was to provide a clear signal to exhibitors and visitors, to ensure that the 50th Vinitaly would project the show into the next fifty years,"  said thePresident of Veronafiere, Maurizio Danese. Being able to keep our word and create a format that fully satisfied expectations, both for the wine business in the exhibition centre itself and through the wine festival in the old town, with an extremely popular edition of Vinitaly and the City, is a source of pride and commitment to improve even further next year."
"This edition was also an opportunity to celebrate the history of an event that for 50 years has promoted Italian wine and its culture around the world,"Danese went on. And for the first time, Vinitaly was officially inaugurated by a Head of State. President Mattarella highlighted that the role of Vinitaly as a "vehicle for and symbol of the quality Italian wine, renowned throughout the world" as part of a project for "internalisation and support for exports to new consumer areas".
Vinitaly 2016 was also visited on Monday by the Prime Minister, Matteo Renzi, who discussed developments in digital sales of wine alongside Jack Ma, the founder of Alibaba - the Chinese e-commerce giant - who precisely in Verona launched 9 September as a "Wine Day" in China. They were also joined by the Minister for Agriculture, Maurizio Martina, who on the final day at Veronafiere organized the Forum of European Ministries from the main countries with a wine-making vocation.
"
This edition provided interesting signals from abroad as well as from the domestic market." explained the CEO and Director General of Veronafiere, Giovanni Mantovani, "confirming the Sh0w's ability of interpret trends, make the most of our internationalisation efforts and capitalise important experiences such as the implementation of the Wine Pavilion at Expo 2015. In particular, this year's Vinitaly saw significant increases in quantitative and percentage attendance of buyers from the United States (+25%), Germany (+11%), United Kingdom (+18%), France (+29%), Canada (+30%), China (+130%), Japan (+ 21%), Northern Europe (+8%), Netherlands (+24%) and Russia (+18%). There were also positive returns on the home front, with operators from Central and Southern Italy up on average by 15%."

The four days of the event not only hosted b2b meetings but also than 300 events including conferences, seminars and training curses focusing on the world of wine. In the foreground, in keeping with tradition, there were exclusive tastings, including the one organised by the Vinitaly International Academy commemorating the figure of Giacomo Tachis, one of Italy's greatest wine-makers who died recently.
Again in keeping with tradition, Vinitaly was flanked as ever by  Sol&Agrifood , Veronafiere quality agro-food event (www.solagrifood.com), and Enolitech, the show promoting accessories and technologies for wine-making and the olive oil sector (www.enolitech.it).
2357 accredited journalists from 47 countries also attended the event.
The 51st edition of Vinitaly is scheduled 9-12 April 2017. 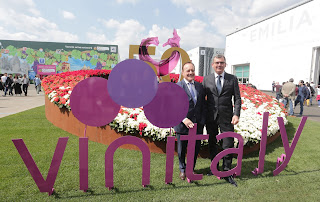 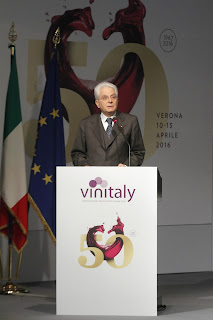 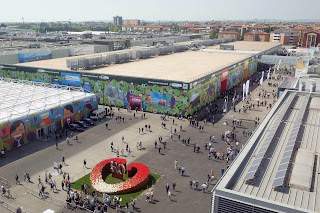 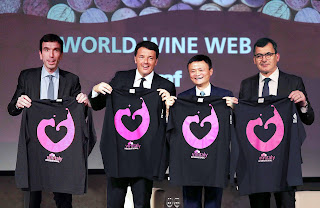