April 2020 - Marble derives from the Greek marmaros, which means "shining stone". It has been used since Antiquity for applications in sculpture and architecture and is now considered to be par excellence the noble stone. This truly ancient production tradition is continuously updated by contemporary designers who take very different approaches to integrate the ancient knowledge of marble processing workshops with state of the art technologies.

They exploit the veins, colours, ductility and visual rendering of marble to give life to new classics and contemporary furnishings. Others take advantage of new processing technologies to produce very thin items that are then moulded to create sculptural furniture and unexpected objects; others rely on essential and minimal forms, without being afraid of openly recalling history; still others play with combinations, patterns and colours to create new trends.

Marmomac is the leading international trade fair specifically for marble and natural stone and interpreted this know-how and excellence by inviting ten big names on the contemporary scene to interpret the material in a creative way through innovative projects.

1) For Wallpaper* Handmade 2013, Michael Anastassiades worked alongside Henraux to create recipients in Miracle Chips marble. The Cypriot designer pushed the capabilities of the Tuscany-based company's advanced technologies to the limit while retaining all the beauty and intrinsic qualities of the material.
Credits: Henraux

2) The Marmeria bookcase designed by Archea Associati for Luce di Carrara was previewed at Marmomac in 2015; it is made up of individual items that can be assembled freely. This item of furniture enhances the features, colours and tactile sensations of marble that vary in relation to the type and brightness of the surface finish.
Credits: Luce di Carrara

3) Ronan and Erwan Bouroullec created a small yet nonetheless monumental fountain in the garden of the Vitra Campus in Weil am Rhein, Germany. A long, tapered element in grey marble has a small tap and a central groove where the water flows.
Credits: Vitra

4) Lee Broom, a British designer, celebrated the tenth anniversary of his studio with a limited edition pendulum clock inspired by brutalism. The Time Machine project was developed from a single block of Carrara marble.
Credits: Lee Broom

6) A material that is generally perceived to be solid, heavy and durable can nevertheless also be light and ethereal. The Stone Pendant hanging lamp by London designer Tom Dixon is clear proof of this.
Credits: Tom Dixon

8) Piero Lissoni created a series of tables and coffee tables with characteristic cylindrical and modular shapes. The 1949 collection is enhanced by the quality materials used, including solid ash wood, four types of marble and variants with glass tops in different colours.
Credits: Cassina

9) The Volumes collection by Konstantin Grcic for the Galerie Kreo in London blurs the boundary between sculpture and design. The German designer worked with blocks of Bleu de Savoie marble to prepare six enbloc furnishing items.
Credits: Galerie Kreo 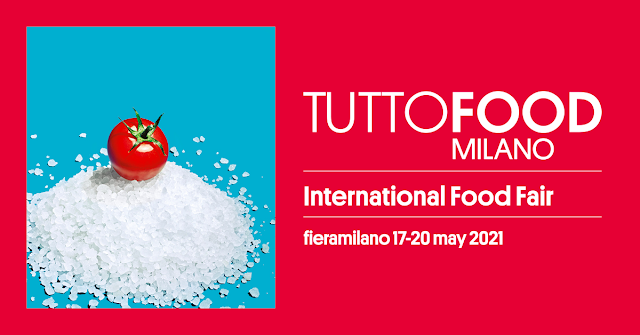 The journey has begun in a particular moment: the road haulage sector is a fundamental asset for the economy of our countries. Moving goods, especially when it comes to basic necessities, such as food or medicines, is crucial to guarantee key services to the community as a whole. And right now, hauliers are proving this in practice.
The market is increasingly aware of its role and, now more than ever, needs continuity and security and is firmly set on seeking opportunities for progress, starting from reflecting on the possibilities for growth on technological level, employment issues and the challenges of the near future.
Transpotec Logitec intends to be an additional tool for transport and logistics operators to encourage this exchange and create real opportunities for relaunch in all sectors. It presents itself as an integrated business and content platform focused on the hot topics that are having concrete and significant impacts on company organisations, logistics processes and the skills of those working in the sector.
Focus points of the project are sustainable mobility, from an environmental point of view, given the new European regulations on emissions, but also in terms of total cost of ownership, safety that unites manufacturers, hauliers and those responsible for transporting goods and people in an increasingly shared culture and the digitalisation of vehicles and services, which is revolutionising the potential of vehicles as well as the everyday life of logistics and road haulage operators. Finally, the theme of professionalism and training of young people will be investigated across various areas, focusing on the search for new skills and paradoxes of employment. The shortage of truck drivers is a common theme in Europe where most of goods are transported on roads, and in Italy alone, more than 20,000 more are needed, according UNRAE observatory.

MADE EXPO 2021: THE KEY EVENT FOR THE BUILDING COMMUNITY

The event, now in its tenth edition, will be organized directly by Fiera Milano for the first time through the Made Eventi Srl company, owned by Fiera Milano (60%) and Federlegno Arredo Eventi (40%). Fiera Milano is thus opening a global window on the world of construction and finishes.
Buildings and building work contribute 8% to Italy’s GDP (source ANCE 2020 report) and by virtue of their complex and extensive supply chain which is connected to almost 90% of all economic sectors, they are able to exert the greatest driving force on the economy from among all other business sectors. Even though the current economic situation is a combination of highs and lows, the National Building Association forecast for 2020 is for an increase in construction investment of 1.7%.
In an Italian context in which the major international real estate developers are looking closely above all at the redevelopment of new urban areas, the current challenges consist in understanding and working with the latest in technological, social, environmental and regulatory trends. By turn, these are driving developments in urban agglomerations and industrial situations in order to adapt to new community needs. Environmental quality, energy, new standards and renewed international competitivity will be on display at MADE expo through an extremely stimulating context for all those players in the construction community.
Furthermore, the event will host training courses and stimulating dynamic areas alongside product displays, workshops, B2B spaces and laboratories. The new set-up will encourage the exchange of ideas and knowledge between leading market figures while companies and designers will be at the heart of a new format full of opportunities.
MADE expo, which registered 90,000 attendees in 2019 along with 900 exhibitors spread over an exhibition area of 48,000 square metres, will be on display in a completely renewed format. The exhibition will be divided into five sections, including Design, Construction, Renovation, Requalification and Maintenance which will be presented by MADE expo 2021 in a layout that will simplify the experience for visitors, promoting encounters between technical challenges and innovative solutions and between supply and demand.
Thanks to these “vertical” and interconnected salons, MADE expo will play an increasingly leading role in offering formal solutions and innovative technologies.
The details are as follows. Hardware and software solutions will be presented at MADE BIM & TECH, traditional and innovative construction solutions designed to achieve the best performance in every type of building will be on display at MADE PROJECT & BUILDING where tools for surveying and land management along with infrastructure modification will also be visible.
MADE COMFORT LIVING will instead host high performance materials for building and redeveloping, thereby improving the overall quality of the home alongside new technological and decorative elements. MADE WINDOWS & DOORS will demonstrate how design can interpret the best in technology for comfort and safety and finally MADE BUILDING ENVELOPE & OUTDOOR will offers a 360° view of transparent and opaque facade systems for use with glass, along with elements for use in the world of the outdoors and solar protection screens.
Contact France , AeP Consultants Sarl mail : pavone.angelo@orange.fr 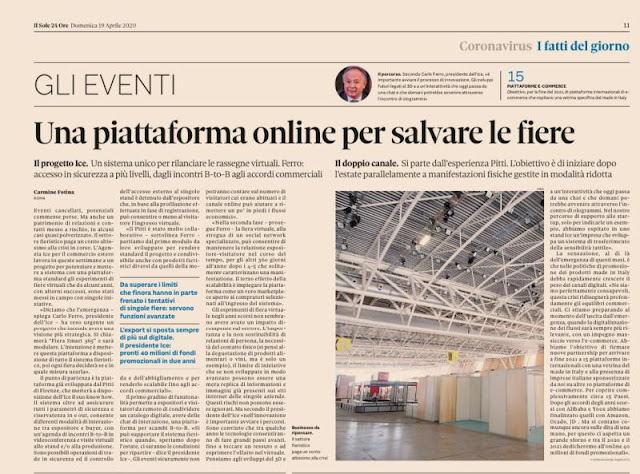 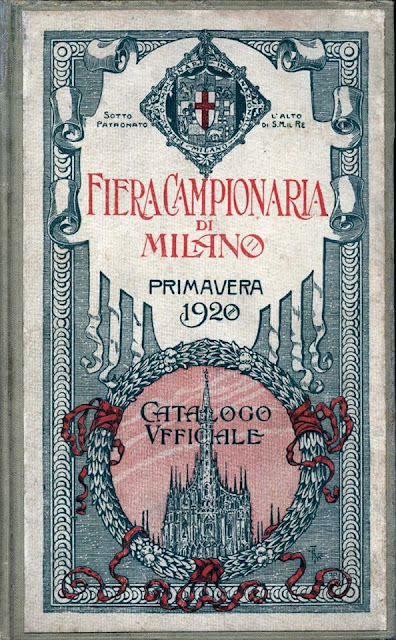 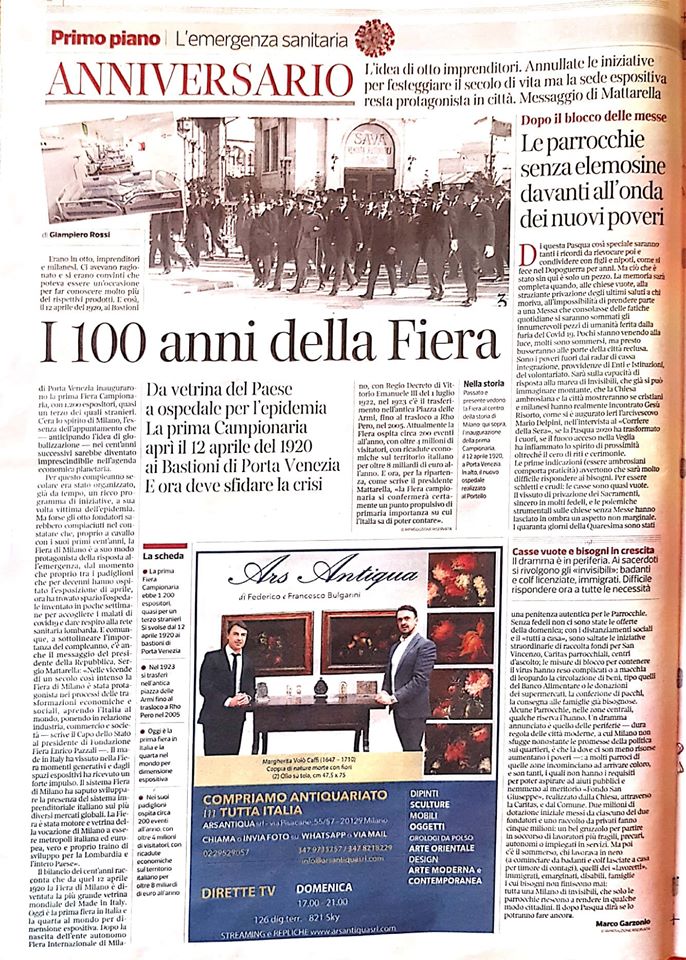 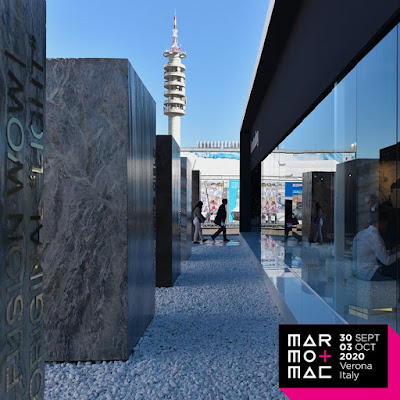 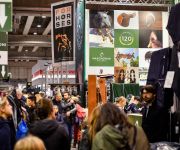