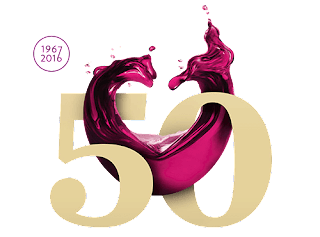 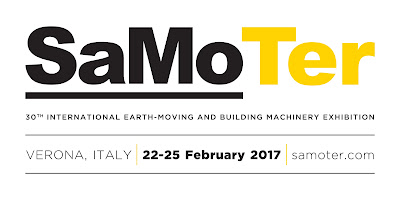 Verona-Milan, 19 November 2015. An important new chapter in the Italian exhibition sector is currently opening out. Fiera Milano and Veronafiere have signed a collaboration agreement for the contemporary scheduling in synergy of the next editions of their respective events Transpotec Logitec (www.transpotec.com) and SaMoTer (www.samoter.it), which will now be held 22-25 February 2017 in the Verona exhibition centre.


Transpotec Logitec (biennial, owned by Fiera Milano) is the leading Italian exhibition dedicated to road transport and logistics. Samoter, International Earth Moving and Building Machinery Exhibition (triennial), is the historic event owned by Veronafiere and the landmark for construction machinery. The last edition was held in conjunction with Asphaltica, the event organized in collaboration with Siteb (Italian Bitumen, Asphalt & Roads Association) dedicated to machinery and technologies for road paving and infrastructures.
Prompted by a desire to meet the needs of builders, that have to maximise their investments in such complex times for the construction and transport sectors, two of the leading exhibition centres in Italy join forces and combine their respective expertise in related fields to offer operators an integrated product overview better able to respond to their needs. The two events will retain their respective identities and specific trade character but will share exhibition spaces and entrance gates, as well as coordinate promotional and sales initiatives.
“Lining up these two shows, which target inter-linked sectors (as the Verona exhibition centre has already experimented), helps optimise the market leverage represented by professional trade fairs,” said Corrado Peraboni, CEO of Fiera Milano. “Transpotec Logitec and SaMoTer will both benefit in terms of added value and appeal for sector operators.

I would like to emphasize that this is the outcome of an agreement between two of the leading trade fair companies in Italy, which share a particular conviction: namely, that our response to international competition requires us to develop important and appealing events in Italy in those areas where we enjoy leadership.
And if this impetus is weakened by the fragmentation of the trade fair offering, we must work together, as in this case.“Veronafiere has always demonstrated its willingness to create a system in the best interests of its client companies and the reference industry.
This is our vocation and our corporate culture. It has enabled us in more than one hundred years of operations to adapt our products to the times and market changes while retaining leadership in those sectors where Veronafiere, thanks to its central location and specialization, is acknowledged throughout the world,” said Giovanni Mantovani, CEO & Director General of Veronafiere. “This agreement demonstrates that we know how to create conditions that enable the entire construction and transport value chains – where products often refer to the same parent companies – can make the most of their opportunities provided by effective and efficient trade fairs which, as in this case, are tools that can generate positive impact to the reciprocal benefit of all stakeholders involved.”

The appointment for all sector professionals is in Verona 22-25 February 2017.

Transpotec Logitec is the biennial event organized by Fiera Milano dedicated to transportation and logistics. It is held in Verona that, thanks to its geographic location and major industrial vocation in the field of road transport, distribution and components, is a landmark for the entire sector. This event is designed to offer effective answers to all operators – hauliers, logistics managers, fleet owners, organised distribution, couriers and owner-drivers – through a comprehensive range of systems, products and services, as well as numerous opportunities for updating and training. The last edition was attended by 260 companies and attracted 24,107 visitors.

SaMoTer, the Triennial International Earth Moving and Building Machinery Exhibition, has been held in Verona since 1964 and is the leading event dedicated to the construction machinery sector in Italy. The Exhibition is a partner event in the cycle of European trade fairs sharing the patronage of CECE – the European Federation which brings together building machinery manufacturers. Now at its 30th edition, with over 50 years of history behind it at the service of the sector, SaMoTer 2017 is the most important event in Europe for the construction sector. 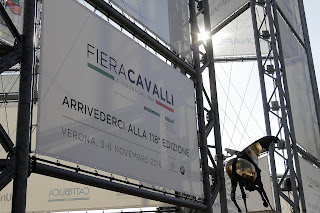 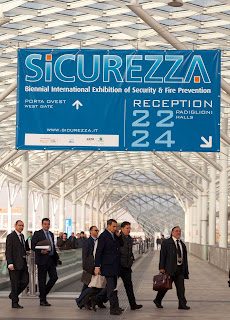 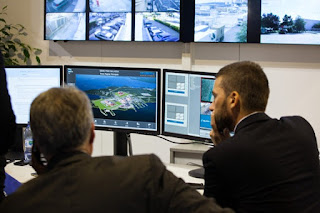 Compliments à la délégation du Maghreb
SICUREZZA 2015, THE MOVE TO ODD-NUMBERED YEARS IS A SUCCESS
18,955 visitors, 333 exhibitors from 30 countries – and, in addition, more than 100 brands represented – and 67 conferences: these are the figures from the first show held in an odd-numbered year
Corrado Peraboni, CEO of Fiera Milano, had this to say: “SICUREZZA 2015 has played a fundamental role in the strategic repositioning of the exhibition within the European security exhibition scenario. It has served as a ‘bridge’, moving the event from even- to odd-numbered calendar years, a necessary change of timescale approved by companies in the sector to favor the process of internationalization, opening up new business opportunities in countries located around the Mediterranean, an area with great development potential for this sector.”
“The international nature of SICUREZZA” - Peraboni continued - “is also confirmed by the interest shown by 130 top hosted buyers from 31 countries, mainly from Egypt, the Maghreb, Russia, South Africa, Georgia and Kazakhstan, who held 1,000 meetings with exhibitors at the show.”
In particular, trade professionals from the Maghreb and Russia were very interested in Italian offerings. They appreciated the high level of technology involved and the distinctive attention to design.