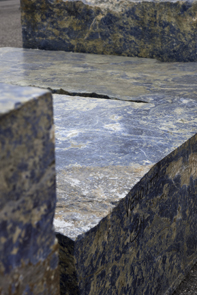 "The Future of Design: Materials, Sustainability and Context" -- in collaboration with Architectural Record, the leading international architecture publication -- is the topic of a panel discussion scheduled during Marmomacc, on Thursday, September 29th, from 15.00 to 17.00, in the Forum Area of Hall 1 – The Italian Stone Theatre.
Moderated by Cathleen McGuigan, the magazine's editor-in-chief, the panel will consist of Duncan Swinhoe, Managing Director of Gensler, London, Shawn Duffy, Managing Principal of KPF, London, and Richard Olcott, Design Partner with Ennead, New York City. These renowned architects, representing three equally prestigious firms, were invited to discuss current trends in architecture, in particular construction methods, sustainability and strategies to adapt projects to local contexts and conditions.  Naturally, natural stone will feature prominently in this discussion.
After presenting representative works from each firm to illustrate future directions in their work, the guest speakers will consider future trends in architectural design.   Professionals attending the panel presentation will hopefully be active players in this dialogue.
Through this event, Marmomacc hopes to strengthen its mission of promoting the use of the stone in design and architectural applications in Italy and abroad.  This approach is reflected in Marmomacc’s main message for 2016: "Yes, With Stone You Can" and through initiatives aimed at involving leading architectural firms in order to facilitate best practices in stone design.
Brief bios of speakers:
Cathleen McGuigan is editor-in-Chief of Architectural Record, the nation’s leading architecture publication for 125 years. Under her leadership, Record has won the Grand Neal Award (2012), the top American Business Media award for overall excellence, among numerous other awards.  She was formerly the architecture critic and arts editor of Newsweek magazine, and has been a Loeb Fellow at Harvard’s Graduate School of Design.
Shawn Duffy joined KPF in 1999 and since then has led the development of a number of KPF’s most complex projects for residential and commercial clients. He was project manager of the 490-meter mixed-use International Commerce Center, the tallest building in Hong Kong, and is currently Managing Principal for the 600-meter Ping An Finance Center in Shenzhen. He has been project manager for developments in Canary Wharf in London and is Managing Principal for several residential and commercial projects in Vauxhall along the Thames.
Richard Olcott has led the design of numerous cultural, academic and governmental institutional projects for Ennead, including the Bing Concert Hall and Anderson Collection, both at Stanford University, the Bridge for Laboratory Sciences at Vassar College and is currently at work on the new U.S. Embassy compound in Ankara, Turkey. He has been a commissioner of The New York City Landmarks Preservation Commission and a recipient of the American Academy in Rome’s Rome Prize Fellowship.
Duncan Swinhoe is the managing director of Gensler’s London office. An architect with almost 20 years of experience, he has focused extensively on large-scale developments in the U.K., Europe and the Gulf region, particularly commercial office building design.  He has led the design of the World Trade Center and Gulf Corporation Council HQ buildings in Riyadh, and the Tarmeer Towers in Abu Dhabi, among others. He leads the firm’s research on commercial buildings of the future. 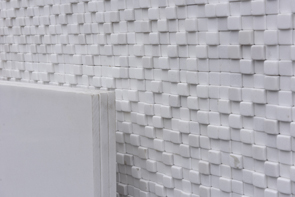